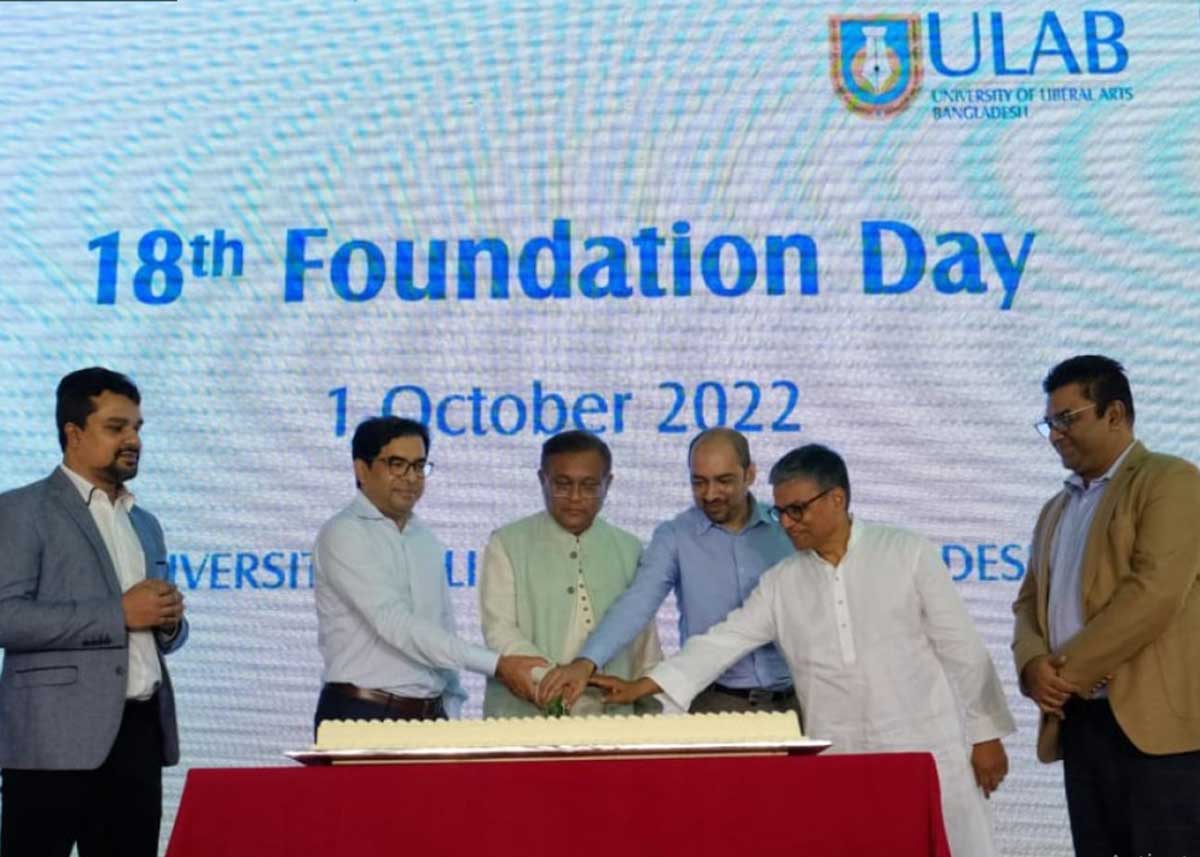 The event started with ULAB theme song followed by the welcome speech of Dr. Kazi Anis Ahmed, Vice-president of ULAB Board of Trustees. Member of the Board of Trustees Kazi Nabil Ahmed MP reflected on the journey of ULAB. 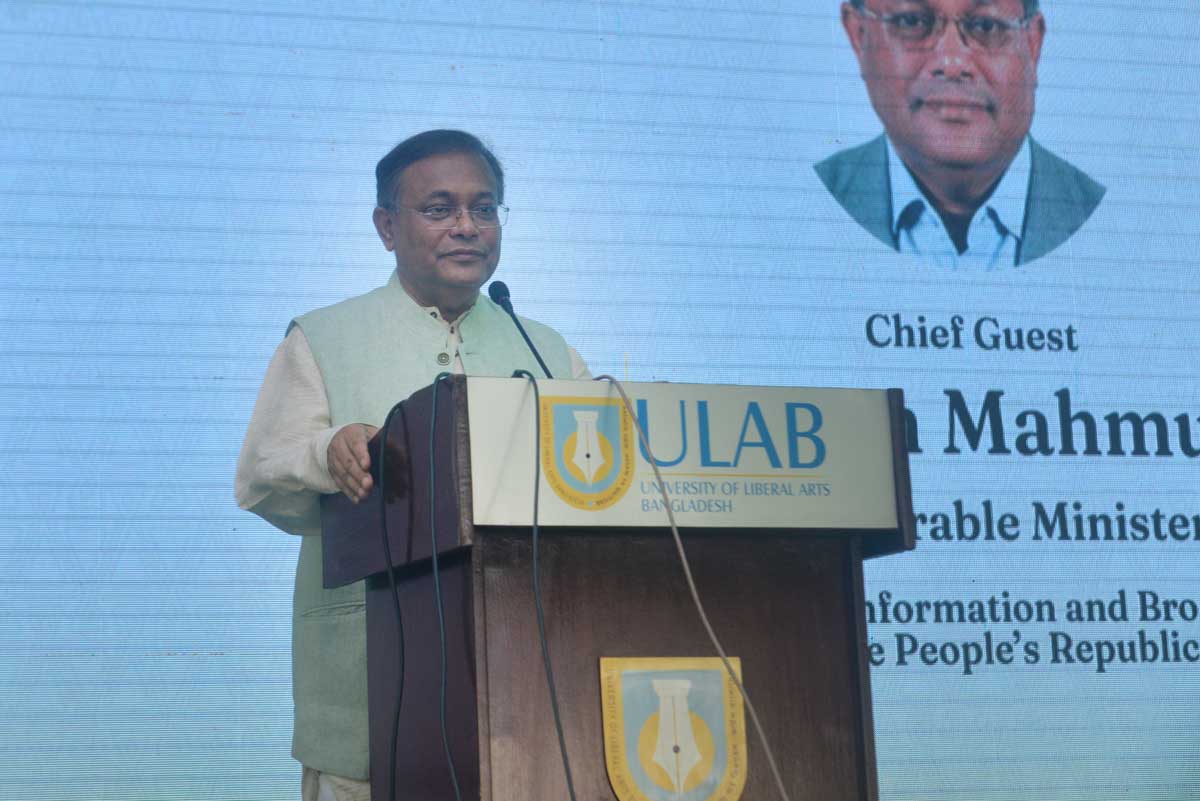 The Information Minister praised the green campus and thanked the ULAB authority for thinking differently in terms of designing its academic curriculum. He mentioned, while other universities are focused on market demands, ULAB is trying to promote humanitarianism through their curriculum. He thinks ULAB’s biggest success is making the people of Bangladesh understand that for the overall education one has to study everything and as an institution dedicated to the higher education, we need to ensure it .

Kazi Nabil Ahmed in his speech recalled the contribution of the founder Kazi Shahid Ahmed who started the university as a place that would make a difference and develop young minds to their fullest potential. He also profoundly remembered the memories and contribution of Late National Professor Rafiqul Islam to ULAB. 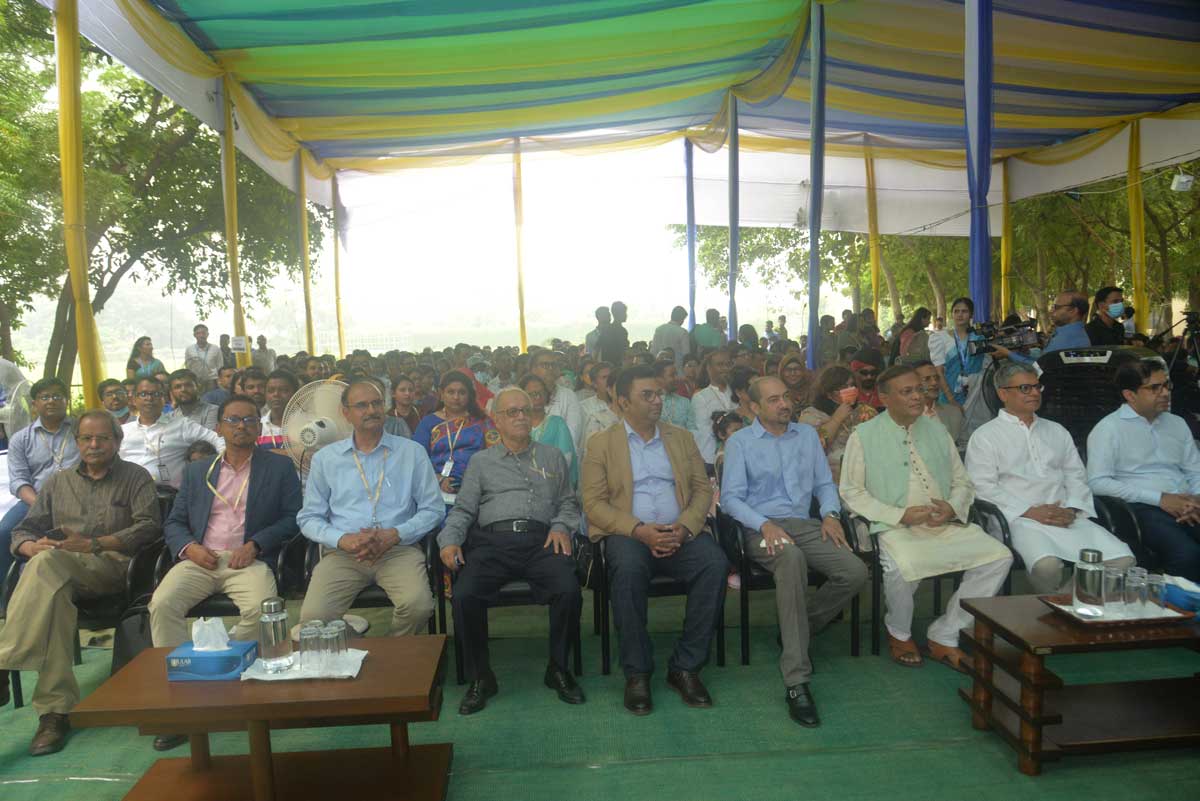 Professor Imran Rahman, Vice Chancellor of ULAB, thanked everyone for their gracious presence. He also recalled the President of ULAB BoT and prayed for quick recovery from his ongoing sickness. He then concluded the ceremony.

Moderated by Senior Lecturer of ULAB School of Business Ms Arzoo Ismail, the event was also attended by the Special Advisor to the ULAB Board of Trustees, ULAB’s Treasurer, Registrar, Deans of the Schools, Heads of the Departments, faculty members, administrative officials, alumni, and students.