Seminar on Cricket, Media and Identity Politics: Sports in South Asia in the Age of Mass Culture

Home Events Seminar on Cricket, Media and Identity Politics: Sports in South Asia in the Age of Mass Culture

Seminar on Cricket, Media and Identity Politics: Sports in South Asia in the Age of Mass Culture 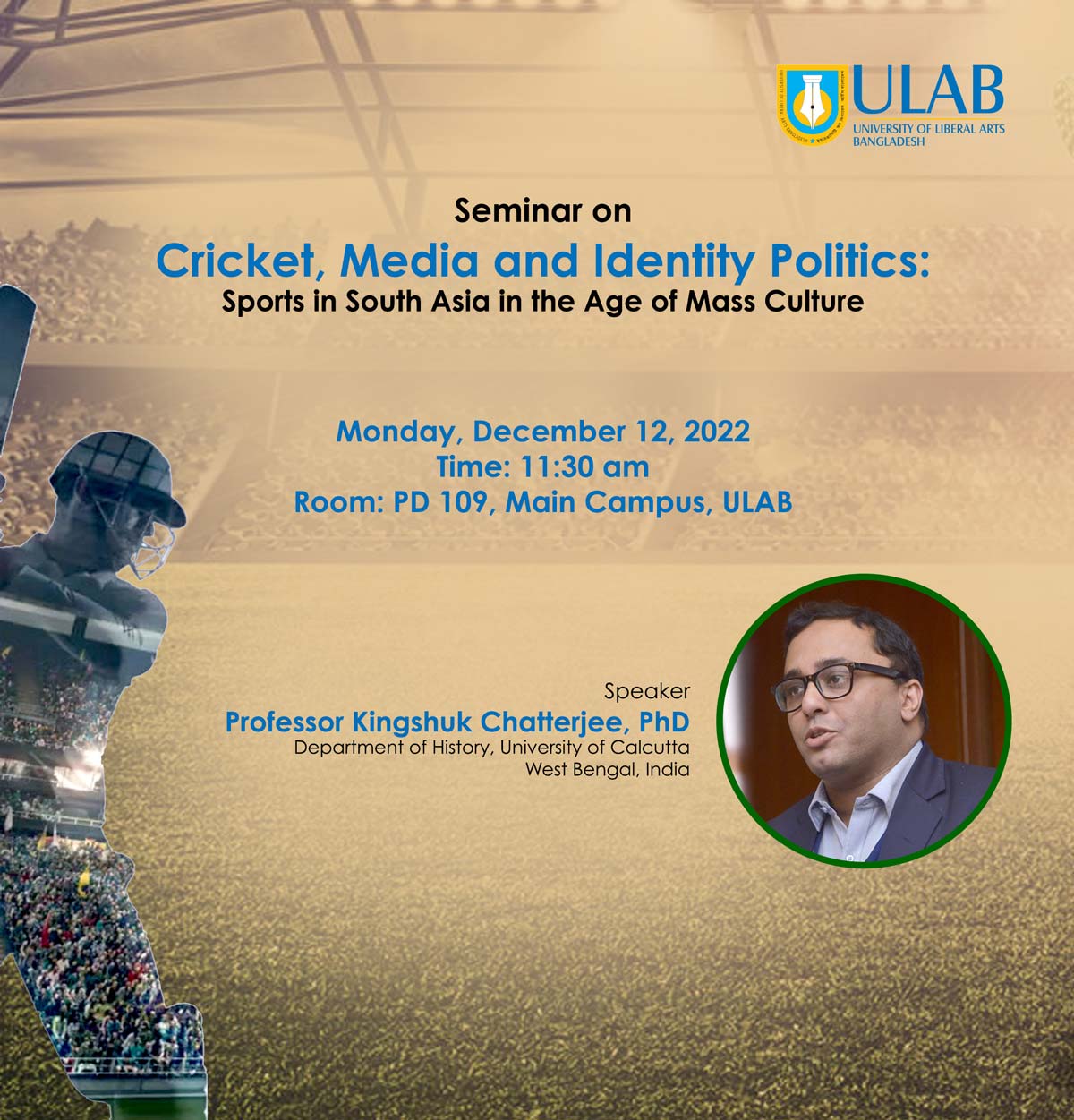 1990s changed the world of cricket in South Asia beyond recognition. As long as direct experience of sports viewers were limited to a few thousands attending matches in sports stadium, even those playing under the national banner used to be judged on their sporting prowess.  Sportsmen were representatives of national sporting teams, not their nations.  Thus, it was possible for a Pakistani cricketer to play his last international match on an Indian cricket ground and receive a standing ovation while leaving the grounds. However, with the growing penetration of the sporting arena by mass media, and then social media, in an age of sharp political polarization, the world of sports shows the kind of fierce competitiveness that has, in a way, come to characterize the politics of South Asia.

The talk aims to map the process of this steady transformation of the landscape of sports in South Asia, making a case study of cricket in India, Pakistan and Sri Lanka with reference to the significance of the relentless penetration by electronic media.

Kingshuk Chatterjee is a Professor in the Department of History, University of Calcutta, West Bengal, India, and is associated with the Institute of Foreign Policy Studies, Kolkata. He has previously served as a Founding Professor in the Department of History, School of Humanities and Social Sciences at Shiv Nadar University and as a Fulbright Scholar-in-Residence at the United States Naval Academy in Annapolis, Maryland. Chatterjee’s area of expertise is in Middle Eastern politics and he specialises in Political Islam in the Modern World, with particular reference to Iran. He is the author of Ali Shari’ati and the Shaping of Political Islam in Iran and A Split in the Middle: the Making of the Political Centre in Iran (1987-2004), and editor of multiple volumes on Middle Eastern politics and India’s relations with the Middle East.