The Orientation Program of the Summer 2022 academic session of the Department of English and Humanities (DEH) was held on July 21, 2022, marking the new beginning for the students of BA and MA in English Programs. The Orientation theme this time was “Be Your Own Sunshine.” The event was held in the ULAB Research Building auditorium and offered the freshers an introduction to the faculty members and the department.

The Orientation Speaker at the Summer 2022 program was Mr. Parvez Akter, Vice President at DEG, KFW Bankengruppe, who shared his experiences as an English graduate who became successful in the banking business. He offered insightful advice and spoke of how students could become successful in their own ways.

The program began with a welcome speech by the Head of the Department, Arifa Ghani Rahman, Associate Professor, who emphasized the need to participate in all university activities and to be tolerant of others. Then, Professor Shamsad Mortuza, Pro Vice-Chancellor, ULAB and Dean of the School of Arts and Humanities, spoke of the significance of studying humanities and developing critical thinking skills. Later, Professor Kaiser Haq provided some valuable words of advice to the students. The faculty members then introduced themselves and welcomed the freshers.

The cultural segment began with a soulful recitation of poetry by Rubaiyat Raiyan. The audience were then regaled with a song by Michael Tirtha Gomes with Sakib Mahmud Khan on the guitar. Later, another beautiful poem was recited by Manjuma Ferdoushi, an MA student. Two DEH undergraduate students, Oriha Shouptik and Kifayat Jahan Zerin shared their experiences and memories they have collected during their journey with ULAB so far. The song that won the audience’s hearts was “Ei Mon Tomake Dilam,” performed by Joye Florence Rozario and Shafiullah Quaraisy Sottyo. Sottyo then rendered a solo of “Ore Neel Doriya.” Manjuma Ferdousi then shared her experiences at ULAB so far. Kazi Fouzia recited a marvelous poem which was followed by a solo dance performance by Tamima Akter Tonu. Nabila Faiza Islam recited “Sonnet 18” by William Shakespeare and the last performance by Fahmeda Akter Ador, with Marzuk Ahmed Khan Mojlish on the guitar, “Rajahin Rajjo” by Shunno, ended the evening on a wonderful note.

The event ended with the vote of thanks by Anika Tahsin, Lecturer, Department of English and Humanities. The event was hosted by Amreeta Lethe Chowdhury from the BA in English program. She was assisted by Sanzida Alam. The poster for the event was designed by Afrida Lubaba Khan. 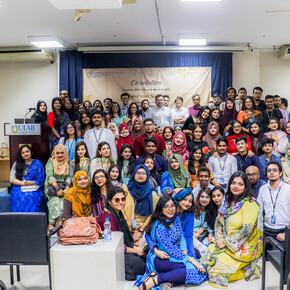 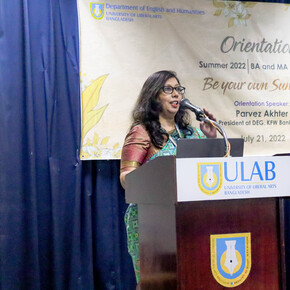 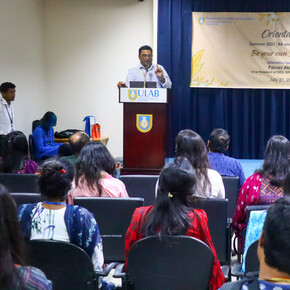 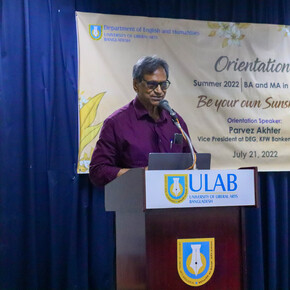 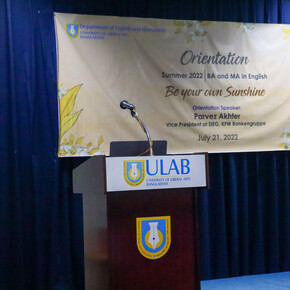 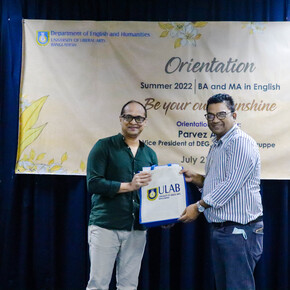 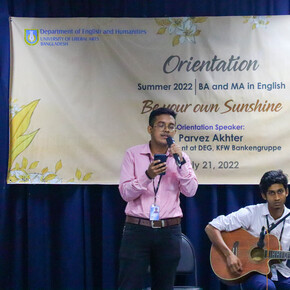 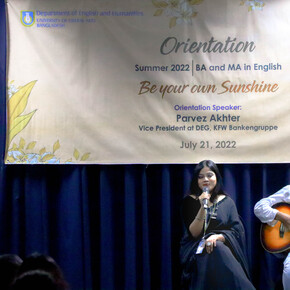 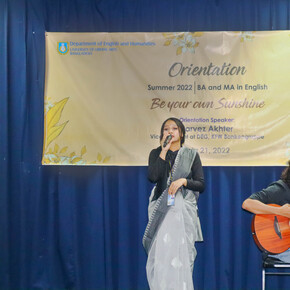 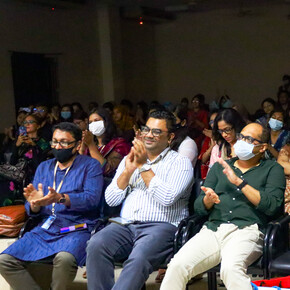 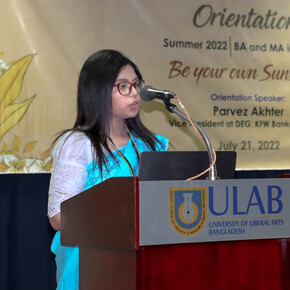 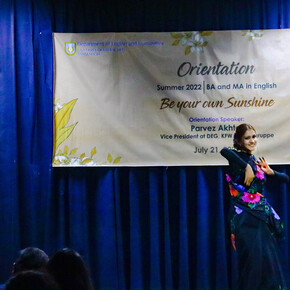